This article belongs to the Virtual Special Issue "Commemorative Issue in Honor of Professor Elliot S. Gershon in Anticipation of His 80th Birthday"

Correction to this article

Psychiatric Genetics is a relatively new field that was defined by groups of researchers interested in the familial aggregation of psychiatric disorders, and spurred on by the escalating new field of molecular genetics beginning in the 1980s. This manuscript contributes to a special issue honoring the career of Elliot S. Gershon, a true pioneer and critical thinker, who contributed substantially to the development of this field and also its stimulating meetings that brought colleagues together to discuss the latest research findings. It details the role Dr. Gershon played in establishing the precursor of the International Society of Psychiatric Genetics (ISPG) and how he remains in a leadership role on its Board of Directors and was honored with one of the ISPG Lifetime Achievement Awards.

The field of Genetics was likely born about the time that Mendel reported his experiments on traits of pea plants and how they were transmitted through generations of new seedlings [1,2]. The words “gene” and “Genetics”, originating from the Greek, meaning “of noble birth” or “to give birth”, came into scientific use when William Bateson used the term “genetics” to describe inherited variations [3], referring to Mendel’s work, and when Wilhelm Ludvig Johanssen [4], a few years later in 1909, coined the word “gene” to refer to a unit of Mendelian inheritance (https://www.genome.gov/25520244/online-education-kit-1909-the-word-gene-coined). Despite Emil Kraepelin and some of his colleagues having described clusters of psychotic illness within families, it was not until large family studies in the 20th century were collected and their illness patterns observed that psychiatric disorders were thought to have any familial vulnerability or relationship to genes. These prompted further twin concordance studies and then adoption studies that ultimately solidified the notion that genetic factors led to psychiatric illness. Psychiatric Genetics was not a field, nor a term used in psychiatry, until much later.

Some of the earliest refinement of family study methodology was published by Elliot Gershon with colleagues in the 1970s and early 1980s (e.g., [5,6]). The landmark discovery of the Huntington’s gene in 1982 [7] then led to early investigations in the Gershon laboratory to using similar methodology to finding a gene for bipolar disorder and schizophrenia (e.g., [8]).

I first met Elliot Gershon, the head of the National Institutes of Mental Health (NIMH) Neurogenetics Laboratory, sometime in 1978. I was at that time a post-doctoral fellow in Richard Wyatt’s Adult Psychopharmacology NIMH Branch at the Saint Elizabeths Hospital in Washington, DC. It was Dr. Wyatt’s idea that my first project should involve a collaboration with Dr. Gershon to examine a popular biological marker for schizophrenia, Platelet Monoamine Oxidase Acitivity (pMAO), and determine whether the activity was inherited and related to the inheritance of schizophrenia. The study design was to be using families with multiple ill members, comparing affected and non affected members. However, when, in preliminary studies, we determined that pMAO activity was lowered by antipsychotic medication [9], the family studies were never pursued. About the same time, I attempted to engage Dr. Gershon in studies of the “Genain” Quadruplets, 4 monozygotic women, all of whom developed chronic schizophrenia. Again, this collaboration failed because Dr. Gershon was adamant that any studies of these women were essentially an “N” of “one” and thus would not advance the field further. Nevertheless, my interest in genetics persisted and I joined the Gershon laboratory in 1984 to pursue the new field of molecular genetics in families with schizophrenia [10–12], initially beginning by confirming the extent of the genetic effect in a carefully controlled new family study [13]. 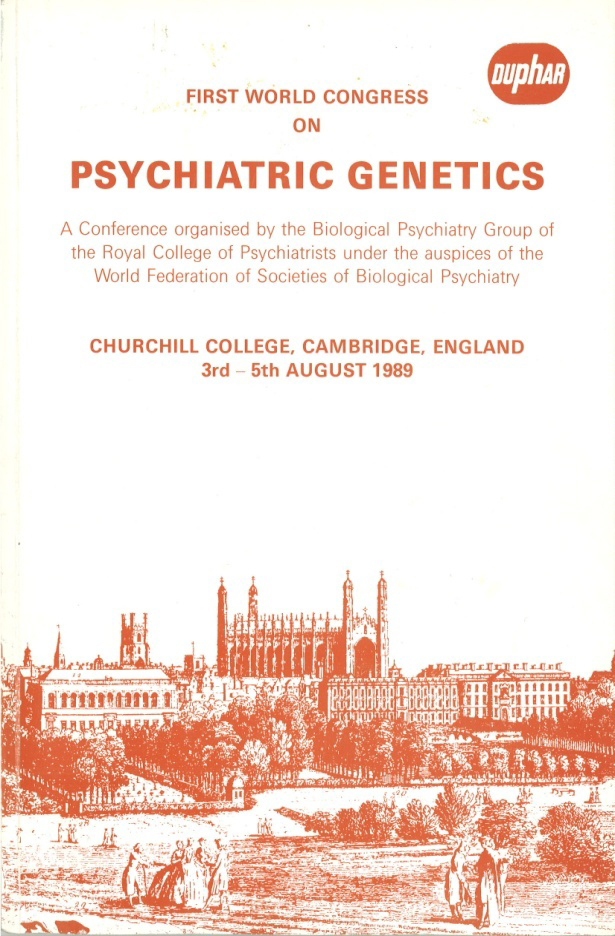 Figure 2. Preliminary meetings held by TJ Crow and P McGuffin in 1989 and 1991 in Cambridge and London as part of The Royal College of Psychiatrists, Biological Psychiatry group. The Cambridge program.
FIGURE 3 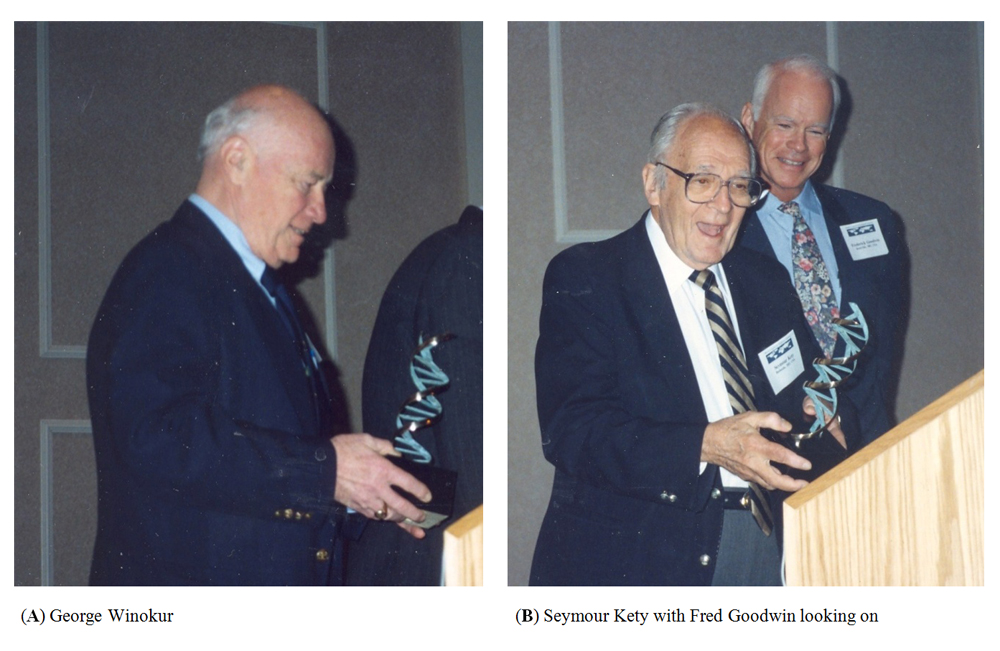 Figure 3. The First meeting of the incorporated International Society of Psychiatric Genetics in New Orleans, October, 1993. Both George Winokur and Seymour Kety were honored with the first society lifetime achievement awards for their landmark family (George Winokur) and adoption (Seymour Kety) studies of schizophrenia that led to the search for genetic causes of schizophrenia and all major mental illness.

Thus, while the main mission of the society is to educate and facilitate advancement in research on psychiatric genetics, important political and ethical issues involving the use of genetics were not ignored and will continue to be discussed. In 2011 the society executive office moved from my university academic office, to a professional society management company, Parthenon Management Company, under the auspices of the American College of Neuropsychopharmacology and Dr. Ronnie Wilkins as company president. This enabled the society to continue to expand its professional status in coming years and have a consistent organization to its annual congresses. These were and still are exciting times for the uncovering of genetic mechanisms for disease and the ISPG has been at the forefront in facilitating progress toward the understanding of the genetics of mental illness and facilitating large collaborative efforts to meet and do so.

The following tables summarize the notable researchers who contributed to the leadership of the ISPG in its first 27 years and to the field of Psychiatric Genetics in general. Table 1 lists the officers and terms of office. Table 2 lists the names of Board members and their estimated terms of office. Table 3 lists the many international venues and the chairs of each that were sponsored by the ISPG and the named World Congress of Psychiatric Genetics (WCPG). Until 1996, these were biennial meetings and then quickly became annual congresses beginning in 1997 in Santa Fe. Table 4 lists the many awards and their recipients given by the ISPG to recognize achievements in psychiatric genetics. The first award was founded by T Reich and myself to honor two of the most eminent leaders in the field of psychiatric genetics at that time in 1992, Seymour Kety (for his adoption studies in Denmark) and George Winokur (for the Iowa 500 family cohort). 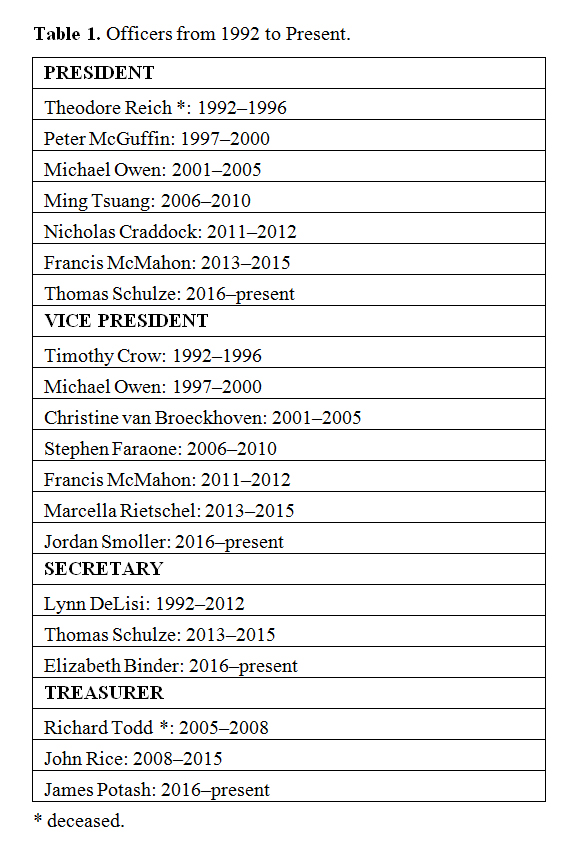 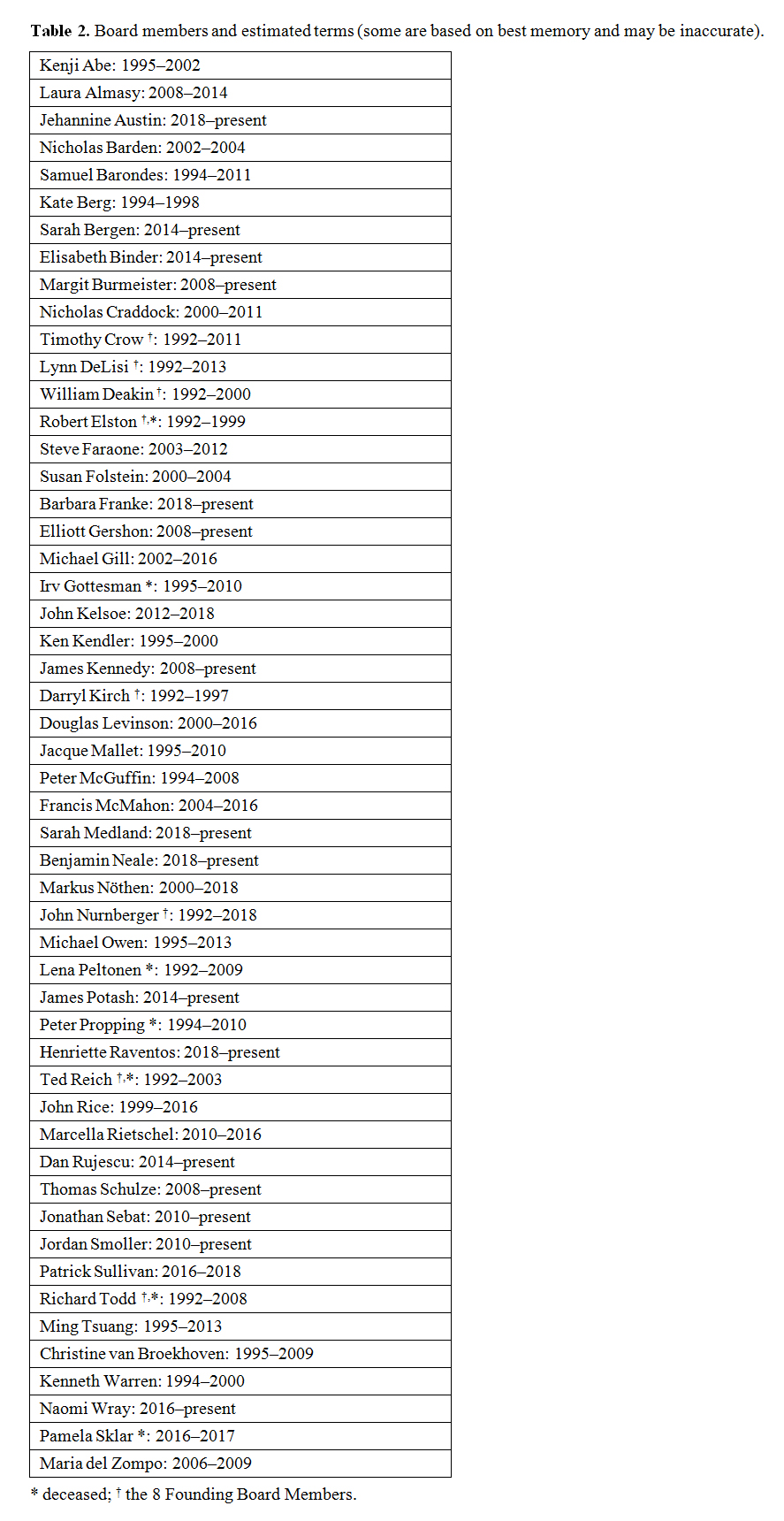 Table 2. Board members and estimated terms (some are based on best memory and may be inaccurate).
TABLE 3 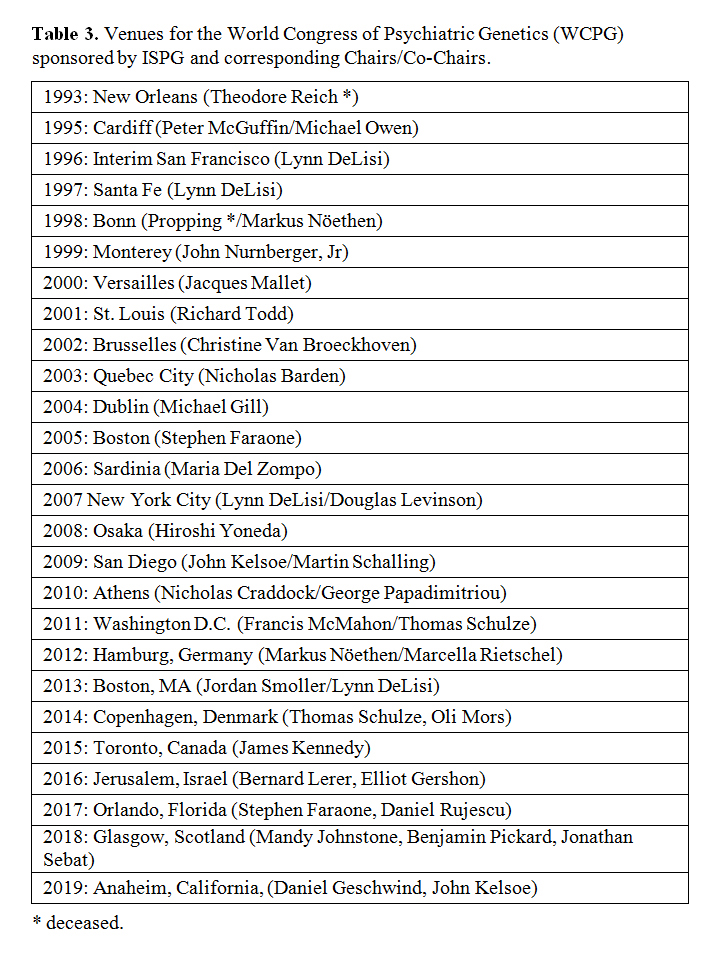 The author declares that she has no conflicts of interest.